Innovation is synonymous with Microsoft. But how is this translating into practical applications for industry? Sebastian Seutter, who will be presenting at the Virtual Sensor Show & Congress online event and in person at The Sensor Show, explains how transformational change is happening through automation software, AI and mixed reality software, meaning the much talked about factory of the future is already in operation…

Staying connected matters more than ever in these exceptionally difficult times. Sebastian Seutter, Sr. Industry Executive Manufacturing at Microsoft in Germany, is working from home in Munich, Germany, but remains in contact with colleagues and clients – despite the travel restrictions – via technology. His knowledge and insight, though, will also soon be available to a much wider audience as one of the keynote presenters at the new Virtual Sensor Show & Congress event on 22nd & 22nd July. He is also due to present in person at The Sensor Show, which because of the coronavirus crisis, has been moved back from June to 8-11 December.

Sebastian supports leaders of major German industrial companies as they seek to transform their processes through integrating new and more efficient technology. He joined Microsoft three and a half years ago, having previously worked in industry for thyssenkrupp and before in consulting for strategy at PwC and KPMG. Sebastian is part of Microsoft’s worldwide industry function which has more than 300 seasoned industry executives. The group is working collaboratively and leads Microsoft’ client-centric approach of industrial corporates.

“Quite a few of us are from a consulting background,” he says. “You need to have a strong understanding of how businesses work in detail, such as in areas like R&D and procurement, as well as understanding technology and you need to understand the B2B relationship.”

Certainly, with many now forced to work in an isolated home environment because of the COVID-19 lockdown, the opportunity to hear from someone at the heart of one of the world’s most innovative companies is much needed. Sebastian says he enjoys presenting and says the key to doing this successfully is to

“not be too technical or to turn it into a sales pitch. We are a technology business, but people are interested to hear about what difference it can make – how it’s applied and how sensors and AI for example, can improve productivity. If I can, I also like to bring a client who can talk about their experience as this is what will also inspire people.”

Sebastian is also involved with Microsoft’s Envision series of events, which take place worldwide, with invited audiences of senior executives, and an emphasis on networking and thought leadership. These have now been put on hold because of the virus and he says that online is filling the void well.

“Many more are using collaboration platforms like Microsoft Teams to communicate internally and technology for webinars is improving – we have come a long way from the early days of Skype.”

Sebastian will be talking on a range of topics, including the rise of industrial ‘intelligence’ and how manufacturers can leverage this technology, case studies and Microsoft’s core offerings – largely connected to the Azure set of cloud services.

He adds that we have also now entered a new era, where collaboration such as open source software, is gaining traction. An example of this in practice is Microsoft’s work with BMW Group, Anheuser-Busch InBev, Bosch and ZF. They’ve launched the Open Manufacturing Platform (OMP), which is built on the Microsoft Azure industrial IoT cloud platform, and allows sharing of smart factory solutions across sectors to accelerate developments in industrial IoT. The technology offers:

OMP allows manufacturers to collaborate, break down data silos and overcome the challenges of complex propriety systems that slow down production. By leveraging existing proven solutions, manufacturers can unlock the potential of their data, integrate industrial solutions more quickly and securely and benefit from the contributions of other community members while owning their own IP and data.

BMW has thousands of machines, robots and autonomous transport systems connected to the group’s IoT platform, which is built on Microsoft Azure. BMW contributes relevant initial use cases to the OMP community of manufacturers and suppliers, including companies from outside the automotive industry.

“Collaboration, rather than solo efforts, is the way forward and Microsoft is involved in a growing number of these ventures,” says Sebastian.

Other examples of Microsoft’s partnerships include working with Bosch to create technology that prevents drivers going the wrong way on a motorway – known as the wrong-way driver warning service.

“We will often work with R&D people within a manufacturer and will supply the algorithm that allows them to innovate,” he explains.

Microsoft also worked with manufacturer Diehl Group to create a smart metering system too. The IZAR Meter Data Management software, also available on the Azure cloud platform, allows collection, management and analysis of multi energy based on sensor data. He adds that such collaborations can also be scalable.

“All this knowledge becoming available on the public domain is having a positive impact on smaller companies as they may not need to write their own code.”

Another key development within manufacturing is the rise of Edge computing. Having computer processing closer to sensors can significantly enhance the ability to access data at speed and with better bandwidth. Edge devices can also be useful in terms of features such as facial recognition, smart navigation and security. Microsoft’s IoT Edge is a fully managed service, and built on the Azure IoT Hub, which allows some workloads to be moved to the edge of the network. This means devices spend less time communicating with the cloud, react more quickly to local changes and operate reliably even in extended offline periods.

He adds that there is also huge scope for industry with the launch of Microsoft’s HoloLens2, a newly launched and futuristic augmented reality headset that offers considerable advances on the first version. The new release now offers an improved field of view, a new Azure Kinect sensor, an ARM processor, eye-tracking sensors and better controls allowing easier object manipulation. Holograms are best known for entertainment but Sebastian says their role within manufacturing is coming to the fore. Sectors such as construction, healthcare and automotive repair are all set to benefit from the technology.

There’s been a lot of talk around what the factory of the future will look like, but according to Sebastian, it is already here. The arrival of far more sophisticated data analysis, AI, sensors, cloud computing and augmented reality all have key roles to play and are available now. What is more, there is growing confidence in security. He says that there can never be complacency, as the WannaCry and similar attacks have proved damaging, but providers have stepped up to the challenge.

“At Microsoft, security is so important that we spent some $1 billion a year on keeping technology safe. If you look at our first Xbox, this was hacked, the latest versions were not – despite those wanting to do so being very resourceful. Data is being kept safe and there continues to be innovation here for both those who are gaming and those who are running companies.”

Notably, the Azure Sphere offering is now showing that security can now be built into IoT devices, and this comprises a secure system-on-chip (SoC) device, a secure operating system, and a secure cloud service that ensures that the software stays up to date with necessary patches. This means there is automatic detection to prevent malware attempts and it is proving a highly effective weapon against cyber criminals.

Change is happening fast and Sebastian says he remembers an early job doing work experience when he worked as a management consultant for Nokia in Finland and the impact that iPhone’s arrival had on their business.

“We are at an interesting stage, because intelligence is being implemented and we can now see what its effects are – we’re in exciting times.”

Sebastian says that the smart phone continues to play a core role and its advances are allowing more people to work effectively from home in the current conditions.

“The Power BI app is really useful, for example, because you can take unrelated data from different sources and turn this into multiple data points and into a coherent report. There are many more ways now that we can work intelligently from home – and I look forward to sharing how we can help industry to collaborate where they can and take advantage of the revolution.”

Be part of a discussion and connect with like-minded leaders in your sector at our Virtual Sensor Show & Congress and The Sensor Show.

Innovation is synonymous with Microsoft. But how is this translating into practical applications for industry? Sebastian Seutter, explains how transformational change is happening and that the factory of the future is already in operation

Google has added native support for sensors to its digital assistant, removing the limitation of action-based voice commands for these devices.

The global printed and flexible sensors market is projected to hit a value of $8.1 billion by 2025 with demand from a variety of sectors

The medical sensors market is predicted to be worth $1.7 billion by 2025, from an estimated $1.2 billion this year, according to a report published by Reportlinker. That represents a compound annual growth rate (CAGR) of 6.8 percent over the next five years.

Operator-billed revenue from 5G Internet of Things (IoT) connections will hit $8 billion by 2024, from $525 million in 2020, according to a new report from analyst firm Juniper Research.

The current prospects for development, innovation and growth within the sensors market are immense. According to latest reports, the world-wide automotive sensors market is forecast to grow to $41.9bn with image sensors set to be the fastest-growing technology segment 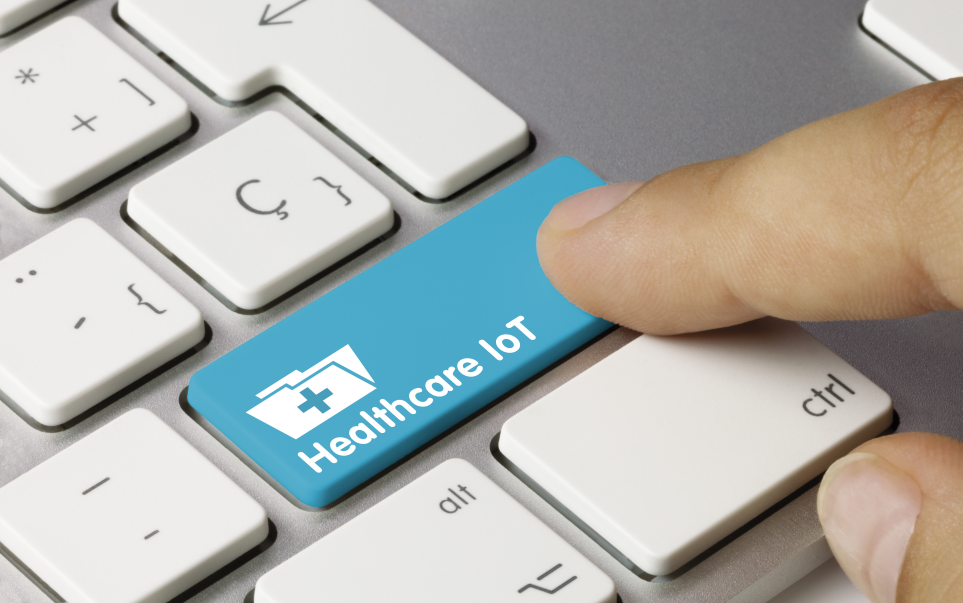 A new market for artificial intelligence (AI) and Internet of Things (IoT) convergence is fast emerging in some verticals, according to a new report.